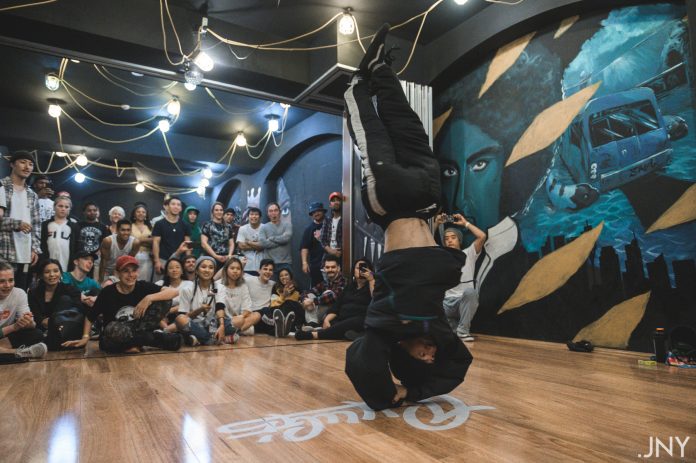 Bboy Hideboo and Bboy Knoxy have been organising the dance event ‘Ryugi’, which started off as a 1v1 breakin’ competition, with the mission to liven up the local breakin’ scene here in Sydney. 3 years in and 20 jams later, Ryugi Vol.21 celebrates the 3 year anniversary for the event, which was held on the 13th of April, 2018 at Dancekool studios.

The Kickz Stand was just one of the sponsors and got invited to the event. Check out below of just a sample of what went down and check out Ryugi 〜流儀〜 over on Facebook for more.