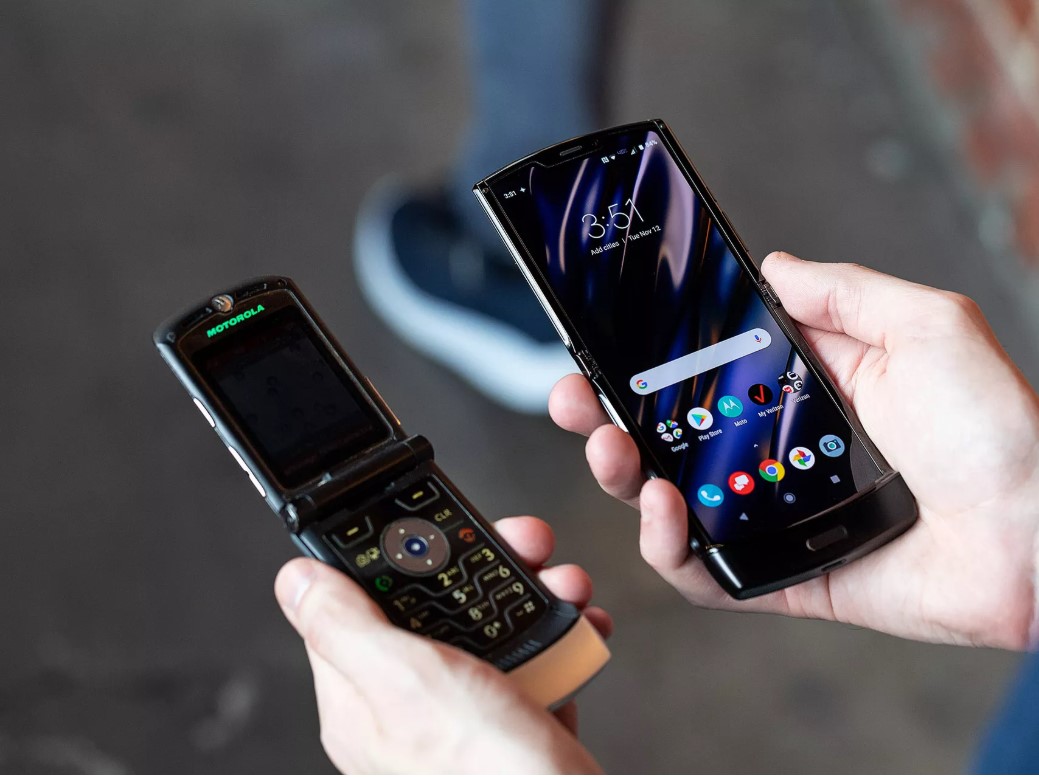 The Supra is Back!

The next trend in smartphones appears to be heading down the Foldable path now with Samsung already on the market with the phone and now Motorola have joined the race and resurrected a classic phone and its probably the Razr version we have always wanted.

The 2019 Razr is due to arrive in January 2020 with a 6.2 inch foldable plastic OLED screen and running Android 9 Pie.

This version of the Razr is a true heir to the original flip phone with a design that’s heavily inspired by its 2004 version.

The core of the phone is, of course, the display. It’s a 6.2-inch 21:9 plastic OLED panel that folds in half along the horizontal axis. Unfolded, it’s not dramatically bigger than any other modern phone, and the extra height is something that the Android interface and apps adapt to far better than a tablet-size screen. The screen does have a notch on top for a speaker and camera and a curved edge on the bottom, which takes a bit of getting used to, but after a minute or two, you barely notice it.
There’s also a second, 2.7-inch glass-covered OLED display on the outside that Motorola calls the Quick View display. It can show notifications, music controls, and even a selfie camera mode to take advantage of the better main camera. Motorola is also working with Google to let apps seamlessly transition from the front display to the main one.

Let us know what you think about this phone? Can this be the lifeline Motorola needs to bring it into the smartphone market?