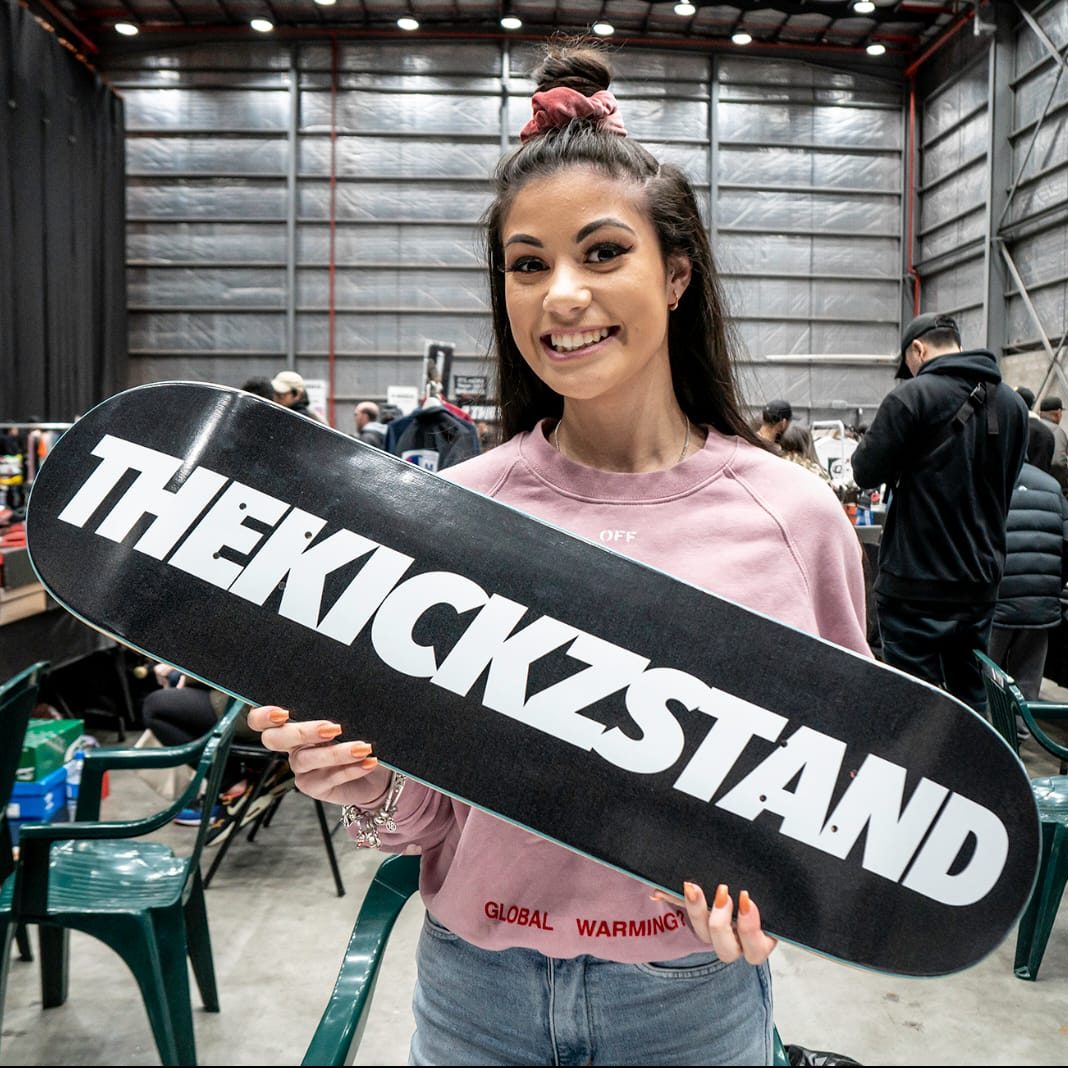 The “It’s More Than Just Sneakers” tour finally hit Melbourne on Saturday 29th June. This marks the first time this tour stops in The Garden State and I was curious to see what the city had to offer. Having been to previous IMTJS events in Sydney, I had an idea of how the day was going to play out but was keen to see how the Melbourne locals add their flavour to it. The Friday before the event, my car was packed, my son was excited (also because he took a day off school) and we started our 9+ hour drive down to Melbourne with high expectations.

The event officially started at 11am at Batman Royale in Coburg. My son and I were part of the volunteer group who helped set up the event so we had a sneak peak of how big this event was going to be. Tables were set up for the 60 vendors that were going to showcase their products, stage was set up and the performers were doing their mic checks, food and drink vendors arrived and were getting ready to feed the masses, modified cars from Dragon Motorsport were carefully positioning themselves for a showroom like display. This was shaping up to be a different type of event.

I had one of the best jobs in the event as I was working the front door, welcoming everyone as I collected the entry fee while my son was handing out the wristbands and raffle ticket. Roughly 1500 people came through those doors and everyone seemed excited to see what this event would bring. I don’t think they were disappointed. Vendors had almost anything “street” culture had to offer and the vendors were more than happy to have a chat about their products (and maybe even give a good deal). While you were walking around deciding what to spend your money on, performances from the talented Voltak and Bay City Boys kept you entertained. If you wanted a good feed, the crew at Gorilla Grill and Bao x Waffle were at their best, serving up juicy burgers or tasty bao’s. The Refresher Truck did exactly what you think they do and kept you refreshed with smoothies, juices and coffee.

Similar to other IMTJS events, the hourly raffle drew a lot of interest and I can understand why. This event gave away approximately $6000 worth of prizes which included items such as GShock watch, 3 x $200 Foot Locker Gift Vouchers and full collection of the Star Wars x Bata Heritage collection (which did not release in Australia). Working at the front door, I saw so many people walk out smiling while holding onto their prize. Here’s a tip for anyone who attends future IMTJS events: PrePay your entry ticket! This gives you 3 tickets instead of one. Otherwise, check your pockets for any loose change and buy extra tickets for $1 a ticket.

Overall, this was a great event but I haven’t even mentioned my favourite part yet! I love the Sydney event because it gives me a chance to catch up with others who have the same interest as me and talk about what they are now rocking on their feet or tell stories of how they were able to cop (or miss out on) their grails. This same vibe and conversations were present in Melbourne too but this time I actually got to meet different people who I’ve only met by reading their posts on The Kickz Stand pages. From the volunteers I worked with, to some of the vendors and even to people who I bought some kicks off previously it was great to finally meet our broader community.

Oh, did I mention all this was happening while the rain was coming down hard! Not even the bad weather could have ruined this event.

Can’t wait to do it all again next year but in the meantime, BRISBANE, your next!