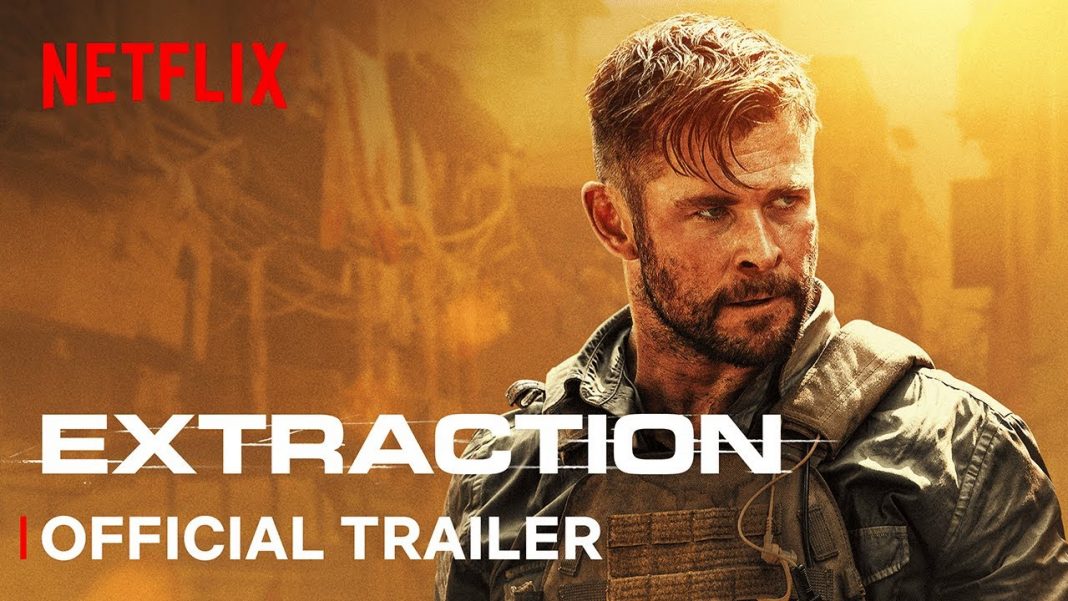 Looks like Netflix is ramping up their movie releases while the majority of the world is on lockdown or working from home due to Covid-19. And this new one from Netflix looks like an absolute banger!

Extraction stars Chris Hemsworth as Tyler Rake, a mecenary on his mission to rescue the kidnapped son of an imprisoned international crime lord. The synopsis reads: “In an underworld of weapons dealers and traffickers, a young boy becomes the pawn in a war between notorious drug lords. Trapped by kidnappers inside one of the world’s most impenetrable cities, his rescue beckons the unparalleled skill of a mercenary named Tyler Rake, but Rake is a broken man with nothing to lose, harbouring a death wish that makes an already deadly mission near impossible.”

Hemsworth is teaming up once again with Joe & Anthony Russo (Avengers: Infinity War & Avengers: Endgame) who wrote the screenplay and are serving as producers on this one, where as Sam Hargrave steps into the directors chair for the first time for a major movie. Fun fact, Hargrave served as Chris Evans’ stunt double as Captain America in the MCU.

Extraction hits Netflix on April 24th 2020. Let us know what you think of the trailer