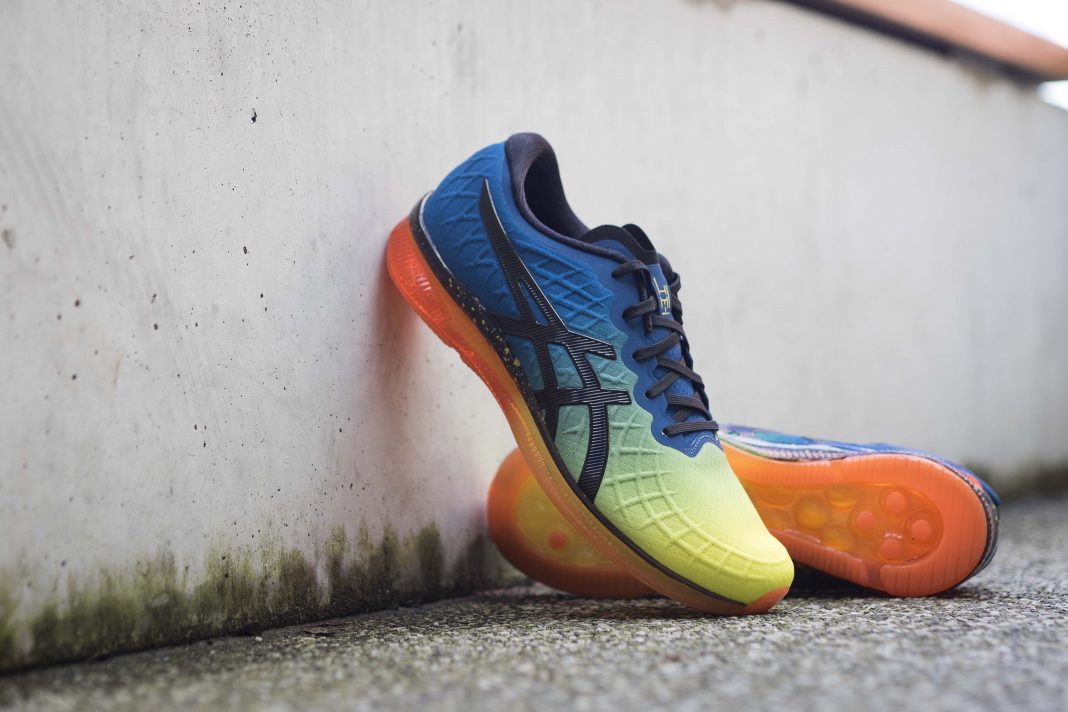 "I just love Air Maxes. They have been an iconic sneaker in my life since I can remember.Air Maxes has always been my...
Read more
Sneakers

Me: Alright brain we have 2 task to do. One of them is more time sensitive but working on the other will...
Read more
Sneakers

Earlier this year, Asics introduced us to the GEL-Quantum 360 5 model. A street styled silhouette combined with the Asics heel to forefoot patented gel cushioning tech. The futuristic and fashion savvy looks of the Infinity 360 5 was met with a resounding success and approval by the sneaker enthusiast and the sports training community.

So how does one top that?

Well you pretty much take what has made you successful and blow it up to infinite levels.

Welcome to the Asics GEL-Quantum Infinity Era.
Read on for our in depth review.

The saying “if it ain’t broke, don’t fix it” does not apply to the science wizards at the Asics Laboratory in Kobe, Japan. The question proposed was: How you do outdo a 360 gel set up? The answer came in the most Zen-Like manner.

Create a midsole and sole totally out of Gel.

The Asics Gel Quantum Infinity is the first ever trainer that features a full length and visible heel to toe GEL Technology. This is the main highlight of the trainer. The GEL apparently is made from inert polymers to derive silicon.
From our experience, the cushioning was not overly squishy and unstable. Foams from the other brands tend to overdo the amount of foams used in the heel and forefoot. This unevenness causes instability during strides. Which sometimes, ironically result in plantar foot pains. As such, you will not find the GEL Quantum infinity to be overly pillowy in ride. Instead you’ll find a much more ample and responsive cushion with maximum stability with each ground strike.

The trainer also features a blue ortholite insole to provide maximum comfort. The insole we reckon is very breathable. This allowed for a much cooler environment inside the trainer during our longer runs.

The uppers of the trainer is made with a seamless one piece engineered mesh that was done with 3D Puff Printing. Created in a vacuum environment without any sewing. We reckon this made the GEL-Quantum Infinity very light weight and added further to its breathability.
We initially thought that there would be issues with the slimmer tongue. Our previous experiences with such a tooling was not pleasant. Slim tongues tend to slip and slide to the slides after prolonged usage. However, this was not the case here. A higher placement of the tongue loop for laces made sure it stayed in place. Also, despite being made out of a slim hardened plastic like material, it did not feel like it was cutting through the top of our foot.
We recommend going true to your size.

Do not let the simple set up of the traction fool you. Again, this is a case of being less is more. You won’t find the traditional herringbone patterns here often seen in runners. Instead the trainer’s sole is made up of a combination of GEL and rubber. The water-like and mentos-like knobs inside the pattern of the sneaker is also made out of GEL. Not only does is provide additional cushioning but the spaces in between acts like a suction cup that provides the very grippy traction we experienced in various road conditions.

The midsole and outsole is very, very flexible since they are almost made entirely out of GEL. While we had no issues with foot fatigue, we’ll try to figure out if the lack of a proper midfoot shank would hurt our enjoyment in the long run.

Staying true to its Japanese roots. The overall looks of the trainer is sleek and minimal upon first glance. From afar, only the ASICS tiger stripes is visible and the GEL midsoles. Come closer and you’ll see and appreciate the intricate web-like design of the PUFF 3D printing method and the water-like droplets of the sole underneath. These two elements seem to mesh harmoniously together for some reason.
In an era where brands are all about the bells and whistles of their kicks, we appreciate it when a brand finally offers something clean and functional.

The model we got came in the sour yozu/black colorway. While it wasn’t implied and didn’t dawn on us first, we did notice it resembled the familiar Australian Team colors of Green and Gold. We thought that was really dope!

The Japanese character of ‘Katakana’ can be found in the heel and in the tongue of the trainer. The word means ‘Infinity.’ As we mentioned before, Asics was going for a very minimalist one-piece design to carry its new GEL cushioning technology.
If you’re looking for an all-rounder and an everyday walking shoe this could be the trainer for you.

Asics has once again pushed the envelope of Zen design marrying with its latest cushioning tech, we can’t wait to see what their scientist at Kobe Japan will cook up next.