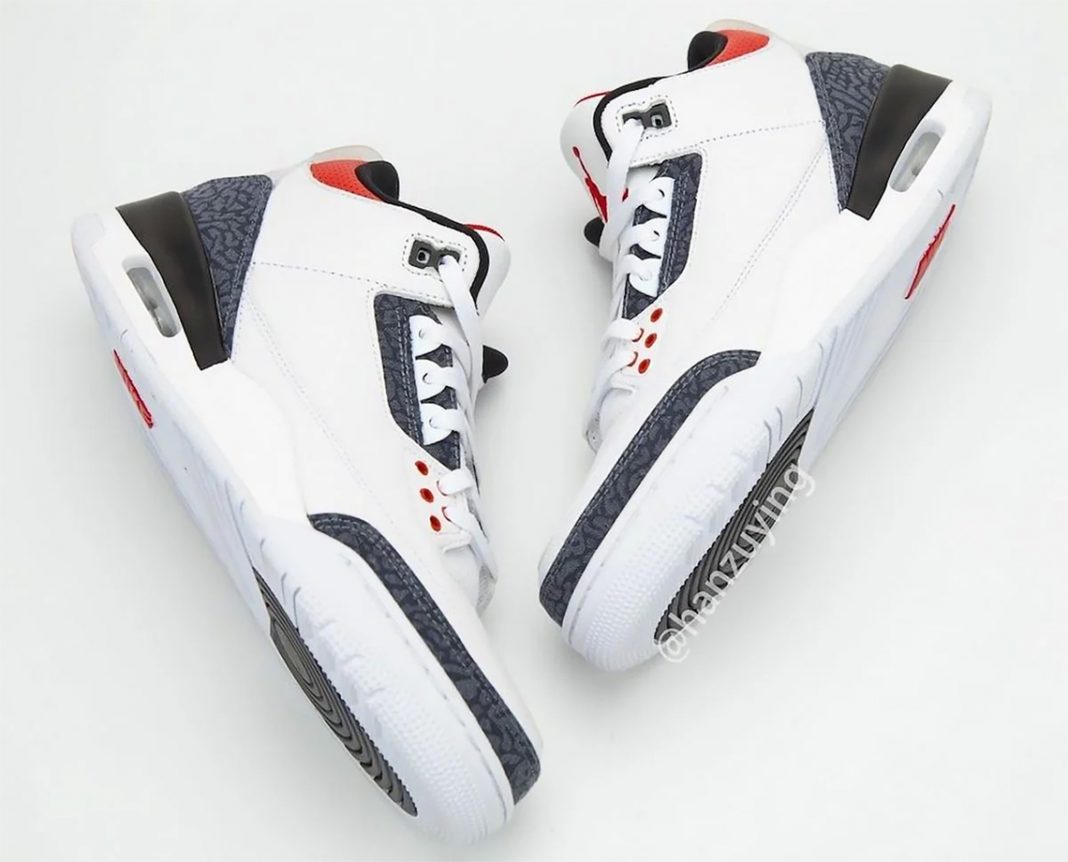 Thats right Star Wars fans, another new series is heading to Disney+ Its been confirmed that a new Star...
Read more
Fashion

BABY-G and The Pokémon Company, announced a new addition coming to the BABY-G line of women’s shock-resistant watches, the BA-110PKC, featuring the...
Read more
Sneakers

"Not really all that much to say...Shot was taken during the middle of quarantine.....since I wasn't really leaving the house or getting...
Read more
Pop Culture

Netflix has dropped the full trailer for Marvel’s “The Punisher” Season 2 which hits Netflix on Friday the 18th January 2019.
Read more

The Air Jordan Retro 3 is one of the most classic shape sneakers ever. It has been most associated with a classic Tinker Hatfield design: elephant print. And while original pairs of the model sport “Cement” hide, a re-worked “Fire Red” ensemble slated for August constructs these iconic overlays with dark denim.

At a glance, the predominantly “White” pair is simply a tweaked version of a classic Air Jordan silhouette, but it serves a history lesson. Original sketches of the Jordan Retro 3 feature Hatfield proposing both the use of black denim at the ankle and the introduction of a “Little Man Jordan Patch” on the tongue. While the latter became the iconic Jumpman logo, the former was ultimately scrapped from the model’s final design. It was replaced by perforated leather, which appears in “Fire Red” on this pair – just as ‘NIKE AIR” branding at the heel. A translucent, superimposed Jumpman logo at rear further nods to the Jordan 3’s historical importance.

The Jordan 3 “Fire Red” with Denim is currently slated for an August release though delays are possible. Rumours are circulating that there will only be 76,000 pairs worldwide. So getting your hands on these might be hard.

After almost 2 decades in the business and with various collaborations with some of the biggest brands, the good people from Afew...
Read more
Pop Culture

That pesky video game plumber is back, but this time around he has teamed up with Tag Heuer for a collaboration that...
Read more