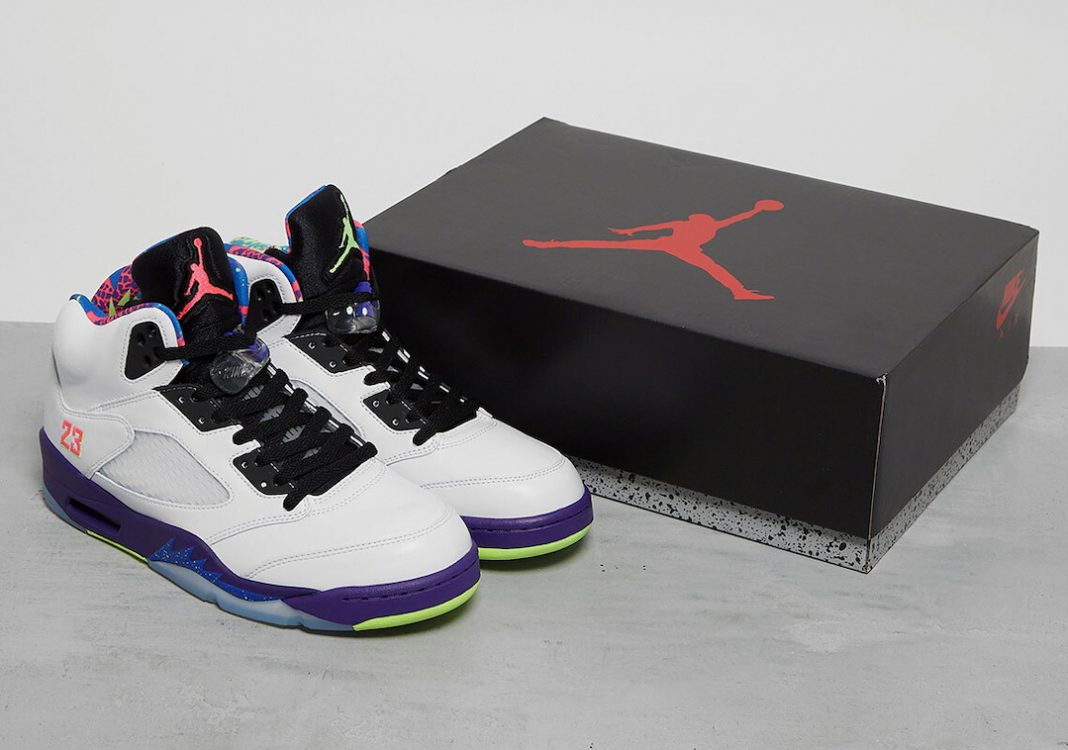 The original “Bel-Air” Jordan 5 is an instant classic amoung sneakerheads. Its always been a sort after sneaker since its original release back in 2013 which paid tribute to Will Smith and the iconic sitcom “The Fresh Prince of Bel-Air“.

Fast forward to 2020 and it appears we might now have a release date for the upcoming “Alternate Bel-Air” which is due to hit the shelves around the middle of August.

Here is the first look at the upcoming sneaker. It appears to feature a similar theme to the original Bel-Air release, however the upper will be white. The purple on the midsole is set to pop with speckled detailing and the pink & green 23. Each shoe will have the mismatched/flipped theme while the jumpman will be either Green or Pink and the details on the midsole to be done in Blue or Pink.

Let us know what you think sneakerheads? Planning on copping this one?