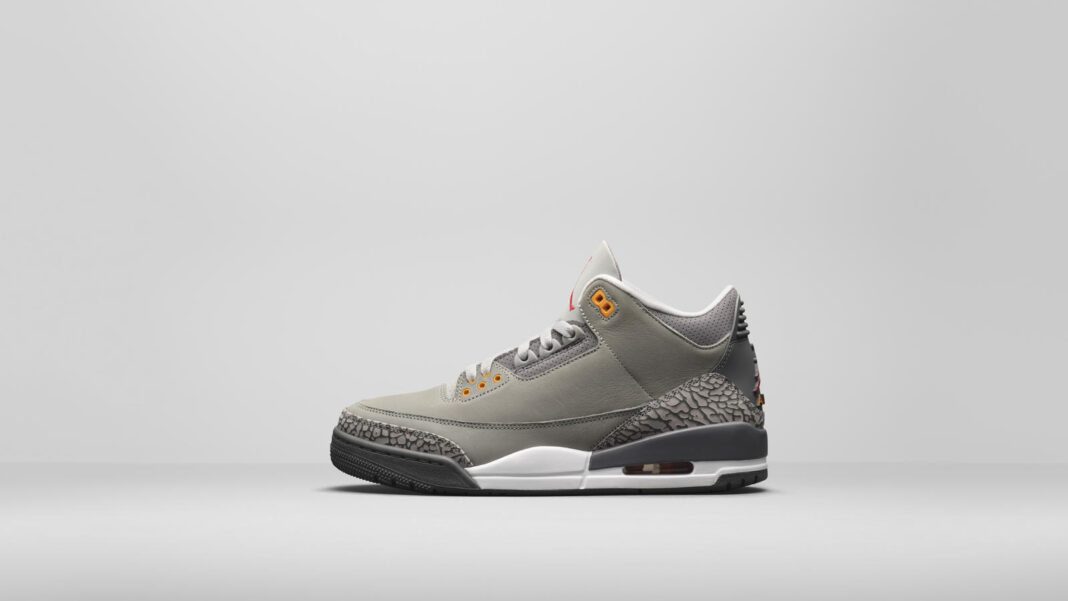 ASICS are thrilled to announce the release of the Kiko Kostadinov x ASICS GEL-QUANTUM LEVITRACK™ sneaker which builds off of the collaborative...
Read more
Sneakers

Top Sneaker Releases of 2019 from #thekickzstand

2019 was another amazing year for sneaker releases! The sheer volume of kicks that hit the retail and after market was insanely...
Read more
Sneakers

"The colorway of the Shattered Backboard 1s just works. Black and orange blended in one of the most iconic sneaker silhouette spells...
Read more

Jordan Brand have shown up their release schedule for Spring 2021 (Autumn here in Australia) and boy, there are some killer colourways coming.

This exclusive model marks the first time Jordan Brand has introduced the Air Jordan IX to its women’s line. The Air Jordan IX, which was originally released during MJ’s first retirement from basketball, tells an international story that uses the shoes’ outsoles as its canvas. Through distinct global graphics and words in different languages, the shoe illustrates MJ’s impact and influence around the world. That sentiment lives on today, evidenced in this women’s exclusive model which features the phrase “Change the World” on the heel loop.

This women’s release offers a twist on the Air Jordan I Gold Toe, switching out the patent gold from that model for “crinkle” silver — inspired by space innovation and the future of flight. The shoe’s color blocking balances genuine black leather overlays on the toe, tongue and collar, a white quarter panel and midsole, and crinkle silver details on the ankle, heel and toe box. This release will include a size run for Kids and Mens.

It looks like these releases will include a few styles with the “University Blue” colourway which is one of the cleanest colours. The shoe brings genuine University Blue leather to the ankle, heel, toe and outsole, black on the Swoosh and collar and contrasts it with a white quarter panel, midsole, tongue and toe box. A black Wings logo with University Blue branding on the tongue finish off the model’s clean and classic detailing.

With University Blue genuine suede leather upper, this new rendition of the Air Jordan IV combines premium materials with a classic Jumpman color scheme. The shoe’s construction features OG mesh netting on the quarter panel and tongue bottom with recognizable cement splatter on the midsole, heel tabs and wings and is completed by a woven jock tag on the tongue. This one will definately be sought after

The 3rd one in the “University Blue” range is an evolution of the Air Jordan V Stealth, which originally released in 2006, this model puts a fresh twist on the familiar colorway. An all-white genuine leather upper with the OG silver reflective tongue are accented by black on the midsole with a blue splatter finish and blue on the lace toggle and sockliner.

Probably one of the most exciting releases in this batch is the re-release of the 2007 classic “Cool Grey” Jordan 3. With hits of Sport Red and Orange Peel on the tongue, eyelets, Air bag and heel tab, the upgraded construction features a genuine leather upper, matte-finished midsole and elephant print overlays on the forefoot and heel. This one will go fast as its a sought after sneaker amougest collectors.

Celebrating the iconic textural elements of the Air Jordan V in new places, this reconstructed and reconfigured iteration sees the OG reflective material typically found on the tongue upper now on the quarter panel and tongue bottom. This installment, releasing in men’s and grade school sizing, mixes suede leather, textiles and translucence in new ways while also maintaining OG details like the hallmark “23” branding on the heel and splatter finish on the midsole.

This new take on the classic Air Jordan I Retro HI OG takes inspiration from various design cues used in previous Air Jordan I models. Foldable eyelet-flaps, exposed foam on the tongue with a reversed tongue tag and tri-tonal color-blocking of Volt, University Gold and Sail simultaneously pay homage to iterations of the past while creating a new execution of the model.

Taking a more subtle approach to the Air Jordan IX, this rendition pairs subdued tones of black and charcoal on genuine nubuck leather with pops of University Gold throughout the sockliner and branding on the midsole, tongue and heel. The model maintains an OG construction

Another women’s exclusive, inspiration from space exploration showcases the strength and beauty of the technical materials used in spacesuits across this Air Jordan IV. The upper is made of a black and Starfish Orange metallic mesh and is complemented by matte TPU heel tabs and wings. Black mesh netting on the quarter panel and tongue bottom lead up to a raw-edge construction on the tongue upper exposing the foam material underneath. Hits of orange on the toe and heel of the rubber outsole complete the look.

There we have it. Looks like 2021 is going to be another massive year for sneaker collectors. Let us know what ones you’re most looking forward to copping.