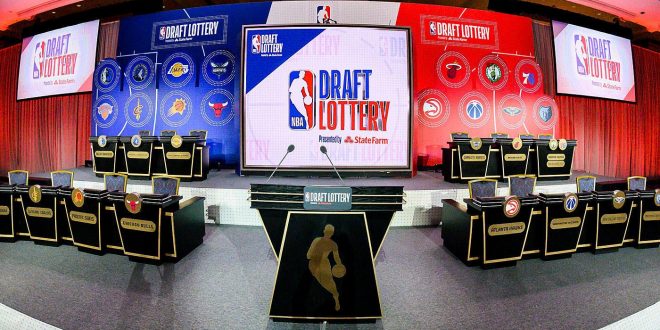 Heading into the NBA Draft Lottery a year ago, the stakes were clear. Zion Williamson’s destination was going to be decided by the way the balls bounced. This time around, there are additional variables at play, because there is no consensus No. 1 pick in the 2021 NBA Draft. Depending on who ends up where coming out of Thursday night’s lottery, the conversation around who will be picked in the top-five, and in what order, figures to shift. So there is plenty hanging in the balance as representatives from the league’s 14 non-playoff teams gather virtually for the festivities.

We now have confirmation as to what order the Draft will be for 2020.

So as we head into the NBA Draft for 2020 who’s your pick as to who will go number 1 this year? ESPN draft experts Jonathan Givony and Mike Schmitz have had Georgia guard Anthony Edwards, Illawarra Hawks guard LaMelo Ball and Memphis big man James Wiseman in the top three of their draft rankings for a while. But there are also appealing prospects outside of the top three, including Isaac Okoro, Onyeka Okongwu, Deni Avdija, Obi Toppin and Tyrese Haliburton. Those players are generally considered to have lower ceilings, but they might be more likely to develop into strong NBA contributors than the swing prospects in the top three.

The 2020 NBA Draft was in a state of flux for months as the league attempted to navigate the problems presented by the COVID-19 pandemic. Now the season got going and we are into the playoffs, the NBA Draft will now take place on the 17th October (Australian Time). The draft was originally scheduled to be held at the Barclays Centre in Brooklyn, New York but will now be conducted at the ESPN facilities in Bristol, Connecticut, with the draft being held via video conferencing.