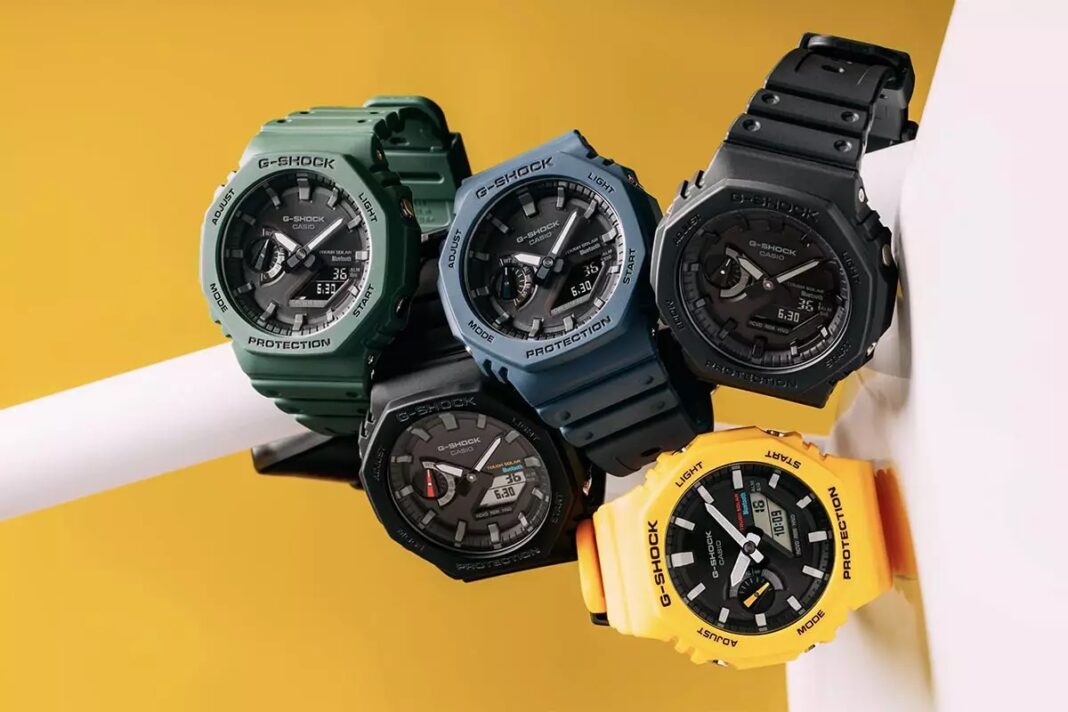 Brace yourselves spidey fans, we FINALLY have the official teaser trailer for the upcoming No Way Home movie which will be the...
Read more
Sneakers

"Once a sneakerhead, always a sneakerhead. I've been collecting and shooting even though I was on my hiatus...
Read more
Pop Culture

Out of the blue, Warner Bros have dropped a 2nd look at the upcoming "The Matrix Resurrections" movie which is set to...
Read more
Sneakers

Releasing on September 5th are the Asics x AFFIX collaboration on the GEL-KINSEI. Being one of the most technical running shoes on...
Read more

CASIO announced the latest addition to the G-SHOCK brand of shock-resistant watches. The five new GA-B2100 watches are the first in the iconic octagonal 2100 line to be equipped with Smartphone Link connectivity via Bluetooth® and solar charging capabilities.

Released in 2019, the base-model GA-2100 was a contemporary interpretation of the very first G-SHOCK, the DW-5000C. Its simple, stylish design proved popular around the world, especially among younger consumers.

With Bluetooth® connectivity and a solar charging system, the new GA-B2100 shock-resistant watches add a whole new level of convenience. Smartphone pairing* via Bluetooth® delivers accurate timekeeping. The Tough Solar charging system effectively converts light from fluorescent lamps and other sources to power the watch, eliminating the need to regularly replace the battery.

In addition, these watches feature a slim module with optimized component layout to retain the compact watch face for which the 2100 line is known, yet still deliver enhanced functionality. Combining this with the Carbon Core Guard structure, which protects the module with a carbon fibre-reinforced resin case, provides both shock resistance and a compact case that is still the same length and width as the GA-2100.

In terms of design, the dual-layer dial construction highlights the dimensionality of the LCD and inset dial. Meticulous attention to detail is evident in the metallic finish on the inset dial ring, which gives the dial a look of enhanced texture.

The Australian release of the G-SHOCK GA-B2100 series will be on May 2022 and will retail for $319 AUD. Make sure you sign up to our newsletter for all the latest features. For more CASIO and G-SHOCK features, click HERE.