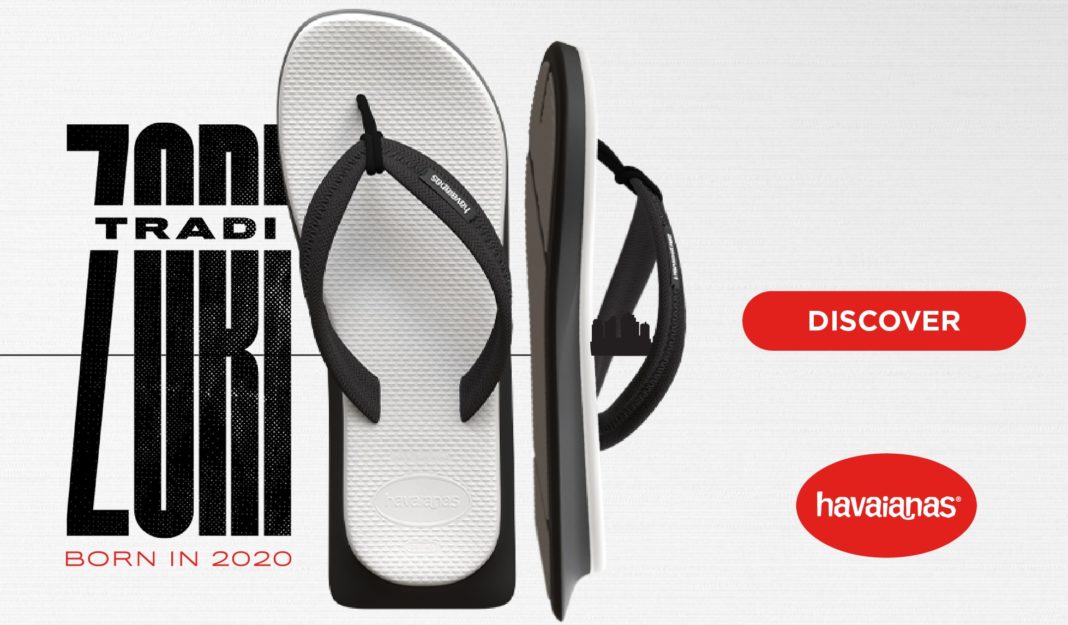 In 1962, inspired by the Japanese sandal known as Zori which has soles made of rice straw, Havaianas invented the world’s best-selling thong, known as The Traditional, by changing the sole to a resistant rubber material that could adapt to Brazil’s warm climate and beaches.

Almost 60 years later, Havaianas has tapped into its roots to release a new and innovative, unisex silhouette. A play off the original Havaianas traditional style and the Japanese Zori sandals, the Tradi Zori merges designs from two diverse cultures to offer a unique thong that can live beyond the beach and cater to the fashion-forward, urban consumer. Featuring a unique, square-shaped silhouette, the Tradi Zori boasts a triple-layer EVA and rubber sole and fabric strap that provides superior, all-day comfort and increased stability.

“Tradi Zori represents the future of Havaianas. We’re challenging the idea that thongs are just for the beach and igniting a change in perception,” says Fernanda Romano, Global Marketing Director at Havaianas. “While paying homage to the brand’s heritage, this new silhouette is a drastic departure from Havaianas’ classic styles and really introduces a new form of cultural expression.”

“The creative process started during a trip to Japan where I saw several people wearing Zori’s with traditional kimonos in the middle of Tokyo. Considering Havaianas’ origin and organic link to Japanese culture, I was immediately inspired to recreate the Zori for the brand and bring the concept to other major urban cities around the world. Tradi Zori is a true reimagination of the category. – Leonardo Boin Fujisaka – Shapes & Footwear Design Manager at Havaianas.