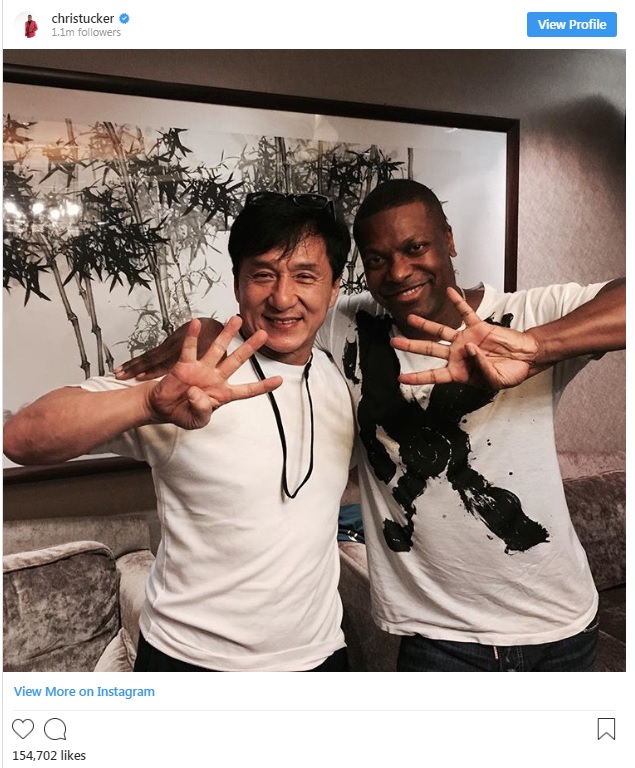 Riot Games revealed gameplay footage for the upcoming League of Legends: Wild Rift. The game will be available on both console and mobile...
Read more
IMTJS

Please tell us a little something about yourself, what you do and what keeps you busy these days? I'm...
Read more
Sneakers

Next up in the fast moving world of JD Sports was the next Sydney store opening taking the tally of Sydney stores...
Read more

Could Rush Hour 4 be on the cards? From what we have seen earlier today, it appears Chris Tucker has posted on his instagram hinting that after years of rumors flying around that Rush Hour 4 would be made, it in fact looks like it will be.

In the photo posted below it shows both Chris Tucker and his co-star Jackie Chan holding up 4 in a photo together which could lead to an official announcement in the coming days of Rush Hour 4 being made.

What are your thoughts on this? Will this be good or has the franchise ran its course?