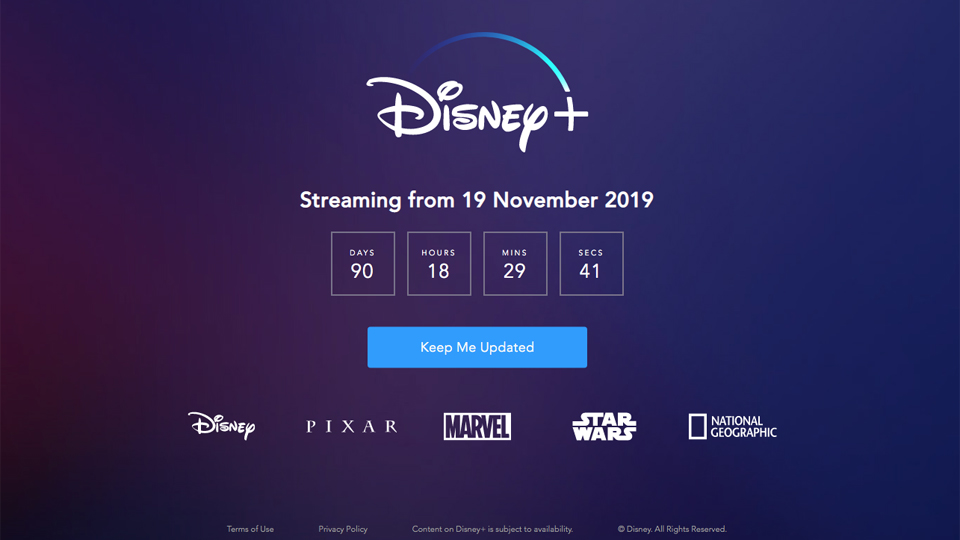 "The colorway of the Shattered Backboard 1s just works. Black and orange blended in one of the most iconic sneaker silhouette spells...
Read more
Sneakers

"I just love Air Maxes. They have been an iconic sneaker in my life since I can remember.Air Maxes has always been my...
Read more
Fashion

Balenciaga are releasing a Koala hoodie and t-shirt to help raise for the Australian Bush Fires.  100% of the...
Read more
Sneakers

This isn't the first time that Mark Wahlberg has done a collaboration with Jordan. But it looks like this time around he...
Read more

After earlier details this year, Disney has finally confirmed that Disney + will be coming to Australia later this year.

Disney Plus, the entertainment giant’s rival to Netflix and Stan, will launch on November 12, and will be available in Australia and New Zealand on November 19. Australians will be able to stream the latest Star Wars, Marvel and Pixar movies, as well as a host of original content, for $8.99 a month (or $89 a year).

Disney content – including the Marvel pictures – had previously been available on Netflix, but that deal ended in Febuary

Original programs will be one of the big selling points of Disney Plus. As the company has already hinted, its Marvel original shows, for example, will be important to keep up with what gets played out on the big screen in cinemas.

Other original shows, such as the live-action, big-budget Star Wars spin-off The Mandalorian, will be available at the service’s launch. Customers will also have access to a vast library of Disney’s and Fox’s legacy content, as well as movies and documentaries.

ASICS SportStyle reimagines the GEL-KAYANO™ 14 model as a lifestyle sneaker, which was first released in 2008 as a running shoe. The...
Read more
Events

Eric Ng is a Sydney based artist/architect. His work ethic is driven by curiosity and nostalgia. He spent his youth in Hong...
Read more
Sneakers

Jordan Brand have shown up their release schedule for Spring 2021 (Autumn here in Australia) and boy, there are some killer colourways...
Read more
Technology

For the fans of Animal Crossing: New Horizons boasts new patterns and are now available for you to...
Read more
Sneakers