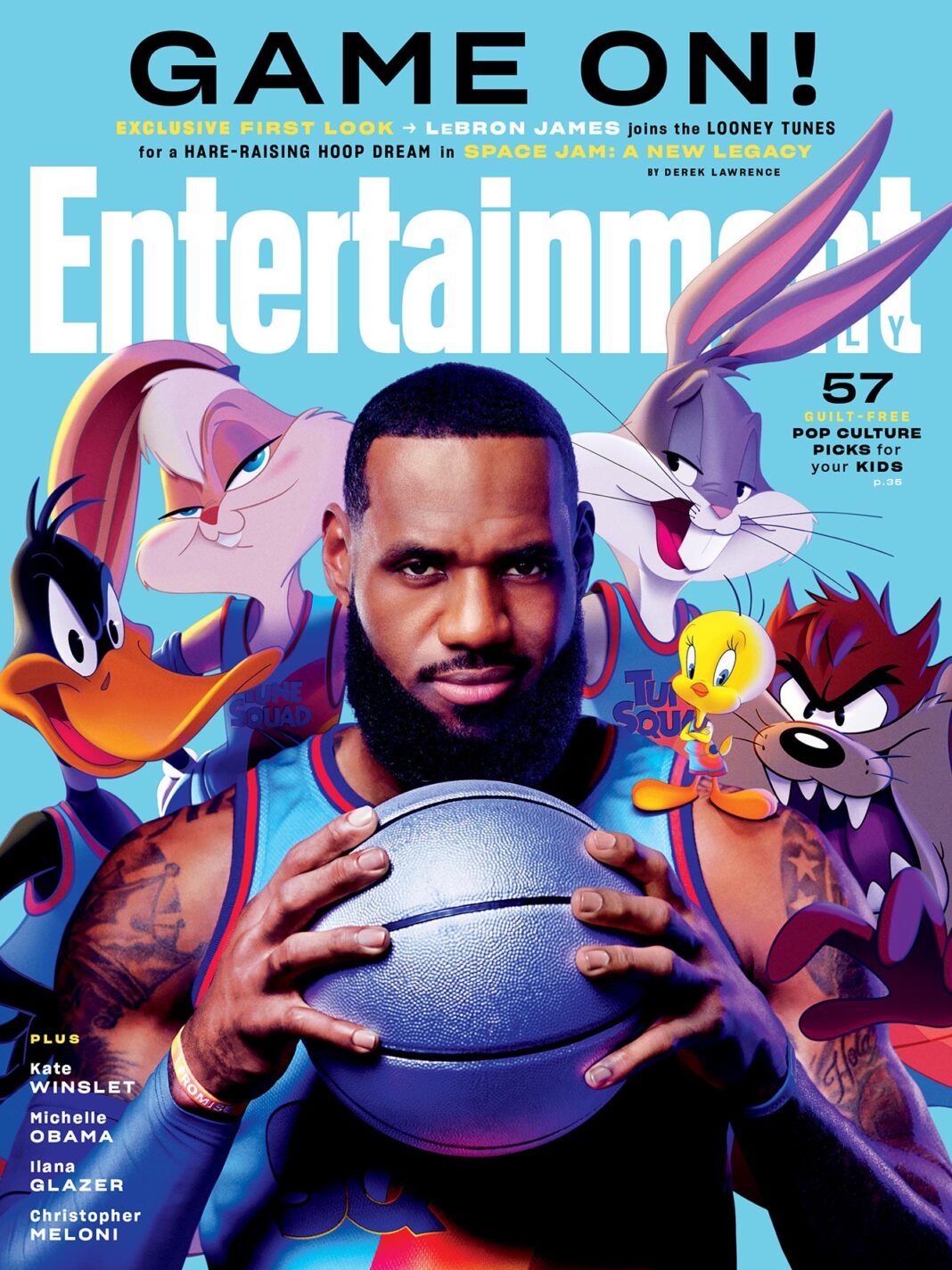 For years, Lebron James has blocked all questions relating to the Space Jam sequel which has been in the works for many years. But now, after all the hype surrounding it, we finally get a first look at the upcoming sequel to the 1996 cult classic thanks to Enterainment Weekly.

Space Jam: A New Legacy is set for release on HBO Max & cinemas on July 16th 2021. It was pushed back from the original 2020 release date due to COVID-19. Another thing to note is that this movie will mark the first theatrical release to feature Looney Tunes characters since Looney Tunes Back In Action (2003), and like the original Space Jam, it will be a combination of live-action & traditional hand drawn 2D animation with some CGI effects.

So, what kind of story will we expect in the upcoming sequel. The premiese of the movie is as follows:

“When basketball champion & global icon Lebron James and his young son Dom, who dreams of being a video game developer, are trapped in a vitrual space by a rogue algorithm named Al-G Rhythm (played by Don Cheadle). Lebron must get them home safe by leading Bugs Bunny, Daffy Duck, Porky Pig, Lola Bunny and the whole gang of Looney Tunes to victory over the Al-G’s digitizied champions on the basketball court”

Space Jam: A New Legacy is set for release on July 16th 2021. Let us know if you’re looking forward to this one.