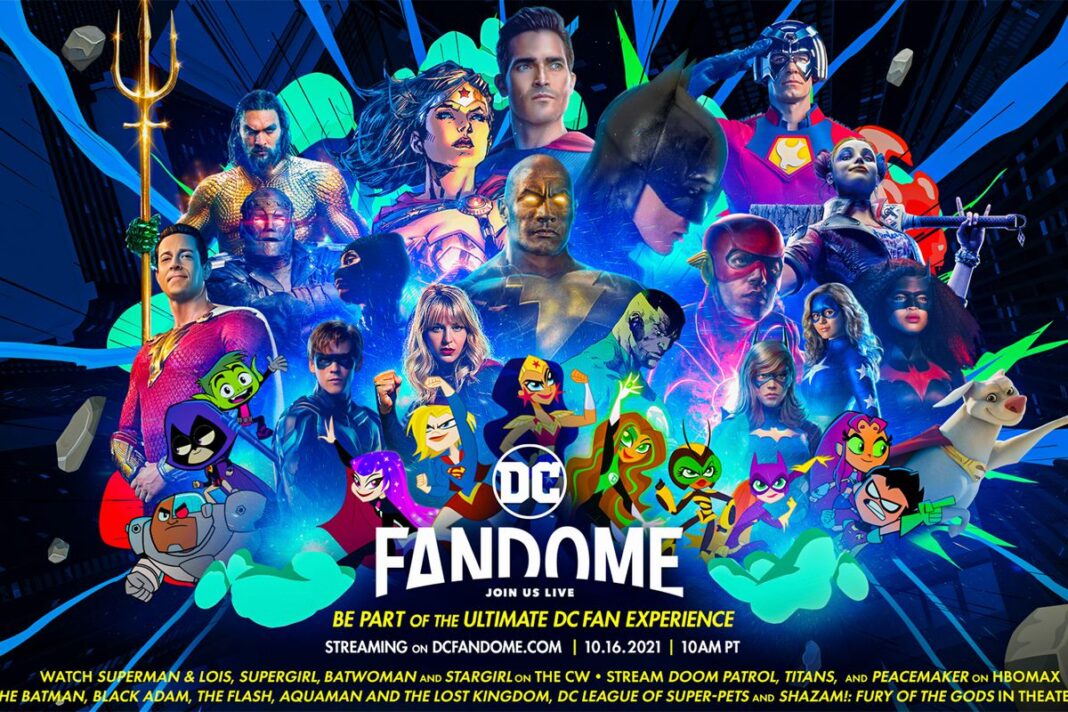 Curry Brand, powered by Under Armour, is launching a seven-part footwear collection that brings the spirit of Sesame Street’s iconic Muppets to...
Read more
Technology

This photo seems to be doing a bit of the rounds on the web. It's a picture of Shanghai which has been...
Read more
Technology

The next trend in smartphones appears to be heading down the Foldable path now with Samsung already on the market with the...
Read more
Fashion

To celebrate Singapore’s 54th year of Independence, G-Shock Singapore teamed up with Sam Lo aka. Sticker Lady for a beautiful piece based...
Read more

DC’s Fandome live streaming event happened over the weekend and gave us at look at some of their upcoming films, TV shows, video games and comic books from the DC Universe. Their event last year was huge for DC, hence why live streaming events will become more of the norm moving forward. Here is a wrap on the biggest highlights from the event which has definately got us excited for whats coming up.

The biggest thing to come out of the Fandome event was the new trailer for the upcoming Matt Reeves version of The Batman starring Robert Pattison as the caped crusader. This story is set during Batman’s second year as as crimefighter and sees him investigating a series of murders committed by Paul Dano’s The Riddler. He is working alongside Gotham Police ally James Gordon, who is played by Jeffrey Wright, and his investigation also puts him on a crash course with Kravitz’ Selina Kyle/Catwoman.

While we didnt get too much about this, Erza Miller (The Flash) helped revealed the first footage of the upcoming Flash movie which also stars Michael Keaton returning as Batman from the original Batman movies.

Finally we get a look at the upcoming Black Adam movie starring Dwayne “The Rock” Johnson as the superhero facing up against Pierce Bronson’s “Dr Fate”.

Shazam! was a huge hit for DC which triggered the sequel which has almost wrapped production. Zachery Levi gave us a first look at the upcoming sequel which will star Helen Mirren as Hespera & Lucy Liu as Kalypso facing off the Shazam family

A spin-off from the James Gunn version of The Suicide Squad will have John Cena reprising his role as The Peacemaker in a new series for HBO Max. This is due to hit the streaming service on Jan 13th 2022

We could keep going on and on about what was shown during the 3 and a half hour live stream event, but the best thing to do if you want to see more of what was unveiled, head over to this link for more: https://www.youtube.com/watch?v=RADmFACrWWQ

Let us know what you think DC fans. What are you looking forward too the most?