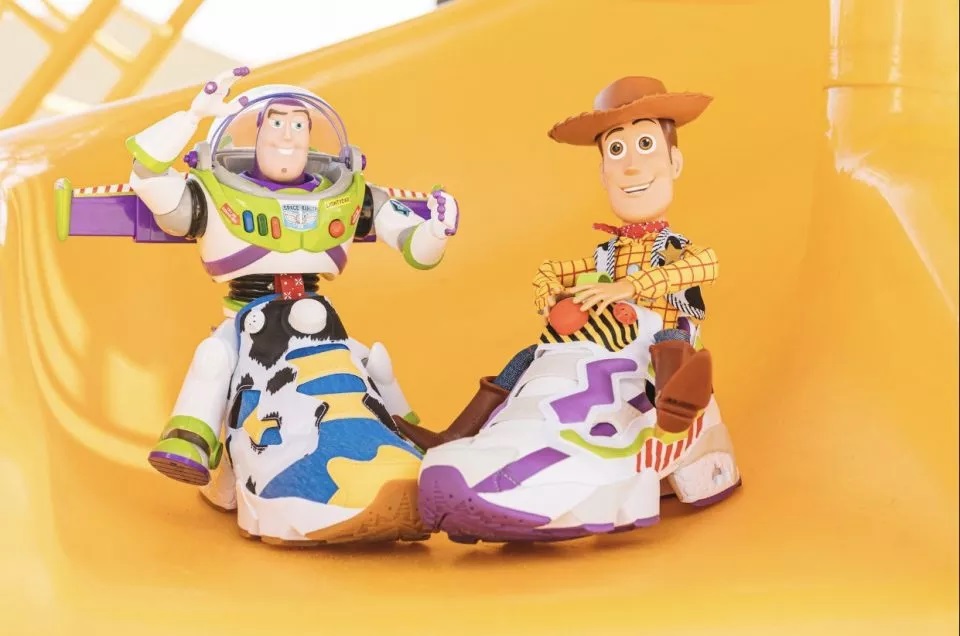 Breaking to be included in the 2024 Paris Olympics

The IOC has announced on the 7th of December that Breaking, along with skateboarding, surfing and sport climbing to be included in the 2024 Paris Olympics to appeal to a younger audience. The inclusion of breaking has caused much controversy amongst the general populous, with many questioning the 'past-time' being a sport or it being undeserving to other sports.
Read more
Sneakers

Now the reason why we say official trailer as we dont consider the first trailer that Paramount Pictures dropped a few months...
Read more

BAIT and Pixar team up with Reebok to bring us the long awaited Toy Story collaboration, a sneaker themed Woody and Buzz Lightyear Instapump Fury.

Pixar and Disney first released Toy Story in 1995 and it was a massive success. The movie grossed over $373 million worldwide and won various awards. Three sequels followed due to the massive success of the first Toy Story movie: Toy Story 2 in 1999, Toy Story 3 in 2010, and Toy Story 4 in 2019. We all have grown to love all the characters from four epic Toy Story movies, especially the most iconic duo Woody and Buzz Lightyear.

This three-way collaboration features mismatched sides, with one representing Woody and the other Buzz Lightyear. The Woody side features a blue denim base with yellow and white/black cow-print overlay details. Also has red pull tabs and gum outsole. The Buzz Lightyear side is themed in the Space Ranger uniform colourway and has the ‘Lightyear’ and ‘Space Ranger’ details.

These collaboration sneakers will come in special ‘toy’ packaging.

Apparel will be available that ties back to our beloved characters, Woody and Buzz.

This collaboration is a BAIT exclusive and will be $200 USD. If you’re interested in purchasing these, you will need to join their raffle – CLICK HERE. Winners will be notified via email on Friday, June 12th.