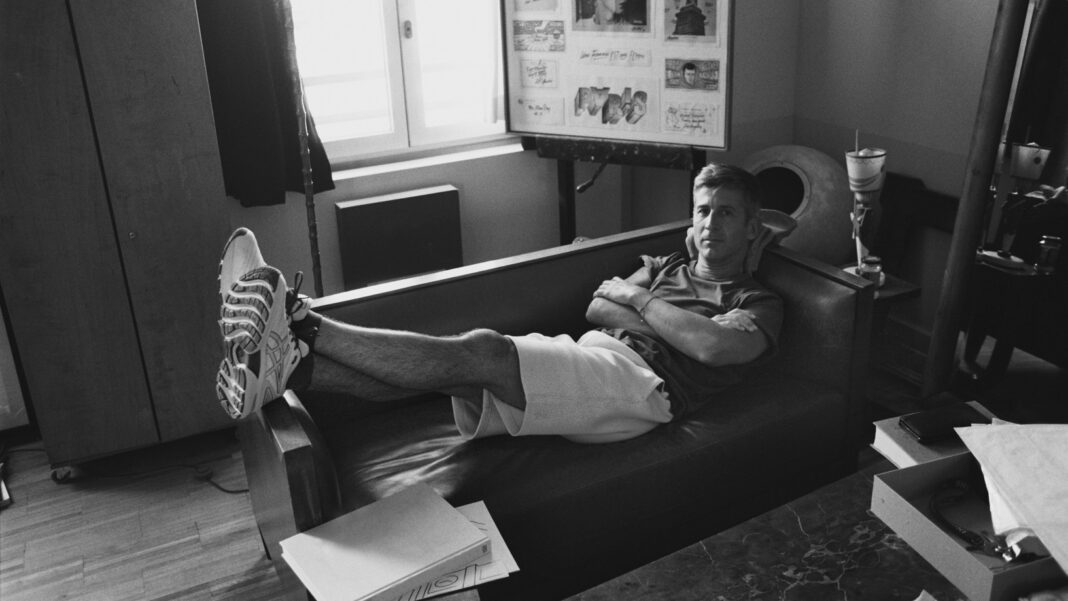 The ASICS x Reigning Champ ‘Paris Edition’ is the final stop on the ASICS global run tour and features advanced styles for performance running and the recovery that follows.

Inspired by the city’s diverse cultural scene, historic landmarks, and timeless colour palette, highlights include a limited GEL-NIMBUS™ 22 shoe, a jacquard knit Race Singlet, a 5” Running Short, graphic T-shirts, as well as a relaxed fitting post-run recovery Pullover Hoodie and Short. The collection’s graphic artwork is based on Point Zéro des routes de France. Located just 50 meters from the Cathedral Notre-Dame, the marker is the exact point of measurement between any French city and Paris.

This Paris leg features noted street artist, entrepreneur and runner André Saraiva, whose decades-long body of work has blurred the lines of graffiti and fine art since the late 80s. A rendezvous with Monsieur André captures him running from his Parisian studio, through the City of Lights, visiting his favorite haunts, tags and back alleys, as the sun sets on a summer day. The perfect foil to his creative process, running takes André to a place that is both a respite from his hectic life and a meditative state to fuel his constant creation.

For the film, director Shawn Dogimont sought to show another side to his native Paris, while diving into André’s life as an artist, kicking off the tone at André’s studio at the Hotel Grand Amour, and continuing with a run through the 10th arrondissement, interspersed with musings on life, art and movement throughout the short film. Set to a score by composer and Spike Jonze collaborator Tristan Bechet, and shot by DOP Martial Schmeltz, the team of friends capture the essence of the run as a metaphor for life.

The ASICS x Reigning Champ ‘Paris Edition’ will be available at reigningchamp.com, asics.com and selected retailers in Australia – Sneakerboy, Subtype, Urban Street Gear and Up There on August 15th, 2020.