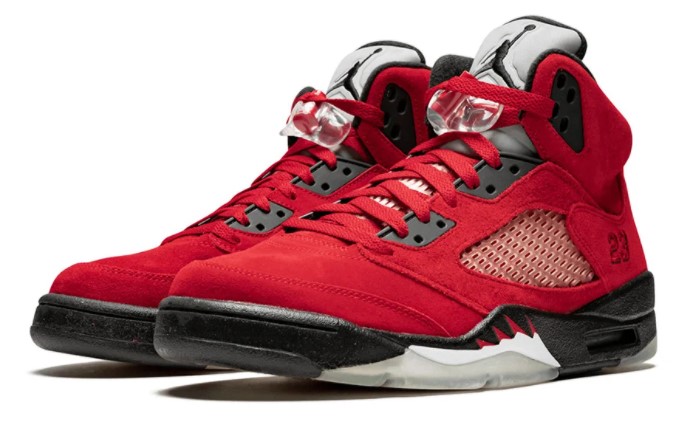 Get excited Retro 5 fans, one of the iconic classics is set for a re-release in 2021!

Since its release in 2009, the now considered all-time classic retro pack Air Jordan 5 Raging Bulls has been quiet through the years, maintaining a high chair position in the resell market.

For 2021, the red suede pair from the classic pack is set to make a return to retail sometime around mid 2021, all according to Sneakerfiles. Much like the original release, the Air Jordan 5 Raging Bulls is expected to arrive in OG everything featuring red suede upper with matching red laces and reflective tongues to set it off.

The ‘Red Suede’ Air Jordan 5 originally released part of the Air Jordan 5 ‘Raging Bull’ Pack (Toro Bravo Pack) in 2009. Although the Red pair has received the ‘Raging Bull’ nickname, the other pair is known as 3M. The original release also came with special packaging that resembles a wooden box that has a bulls eye in Red.

It’s also worth noting the shoe will return individually boxed, separate from its bundled partner with 3M iteration throughout its upper. A set release date did not come attached with the leak report but look for the Air Jordan 5 “Raging Bulls” to hit select retailers and Nike.com sometime in Mid 2021

Are you excited to see these back on shelves? Will you cop? Let us know