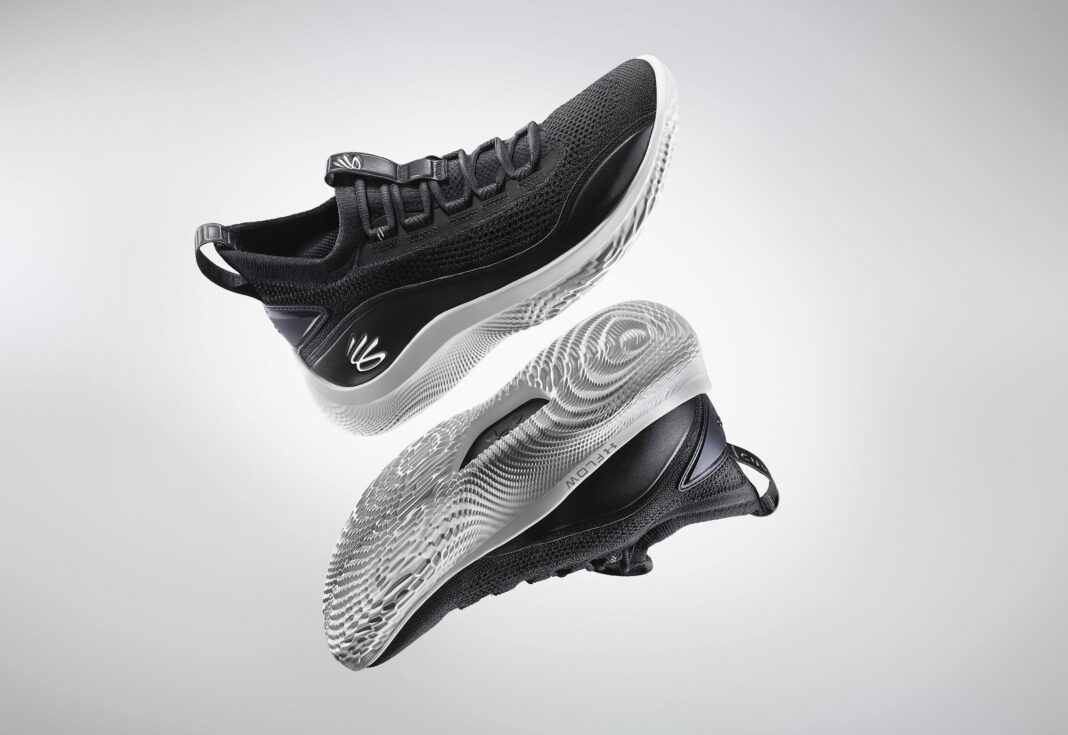 In sport, the outcome of round-the-clock training, years of dedication, and countless repetitions can come down to a fraction of space or time – one more inch, or one more second. Stephen Curry knows the power of one second. It means more. And giving more to the best shooter in the game – even if just in increments of an inch – can be the difference between a great season and a historic one.

One second is what Stephen asked of Under Armour’s Innovation team for his next signature basketball shoe – and to three-time NBA Champion and MVP point guard, that’s what he needed to strive for more on the court. That one second is making all the difference for him this season. As the first shoe to release under Curry Brand, powered by Under Armour, the Curry Flow 8 is the product of a shared focus on purpose, excellence, and innovation by both the NBA superstar who stuns on-court, and the Under Armour team that designs the gear to get him there.

“Stephen was very focused on what he needed in this product,” said Clay Dean, UA’s Chief Innovation Officer. “His ask and challenge was, ‘can you find me a second to get clear of a defender? If you can do that, I can get a shot off.’”

Taking that bold challenge head on, the UA team worked tirelessly to create a product that would help make one of the best in the game – even better. Which for a headline-making basketball star like Stephen seemed an impossible task. His long-time trainer Brandon Payne grapples with that level of impossible, saying “I have a tough job. I have to tell the greatest shooter who ever lived, over and over, ‘It’s not good enough.'”

“A person like Stephen really forces everybody around him to elevate their game, to get up to his standards – this included our team of scientists who worked with Stephen to really understand his performance needs,” said Paul Winsper, Under Armour’s VP of Human Performance.

The proof is in the record books. This season, Curry has, in fact, gotten more shots off and driven to the basket more than he did during his unanimous MVP performance in 2015-16, according to Second Spectrum. He broke three scoring records in April 2021 alone, including passing Wilt Chamberlain to become the Warriors’ all-time leading scorer. He has become the league’s most efficient step-back three-point shooter, increasing his effective field goal percentage (EFG) for step-back threes by nearly 16 percent since 2015-16. In fact, his three-point shooting has improved overall, as he is now taking more difficult three-point shots that come from an average eight inches deeper.

“The Curry Flow 8, for me, has boosted so much of my confidence and my ability to be consistent out there on the floor, because I have no doubt that with any move I make, the traction is going to be there and I’m going to be able to change directions or stop at the drop of a dime.” said Stephen Curry. “It’s allowed all of my dribble moves to be a little more shifty,” Curry added, “a night-and-day difference to any other shoe that I’ve ever worn.”

During the innovation process, Dean says that the team was “forced to move faster and build new muscles that we didn’t have before” so that they could deliver the level of excellence that Stephen needed and that his on-court performance demanded. “And now, when we see him break free from a defender, we’re inspired by the work we put in to help him do that,” said Dean.

“All of that groundwork that we laid, and our willingness to evolve in how we operate and how we match – and exceed – what Stephen was looking for, really allowed us to open doors for the brand, and mark the journey for one of Under Armour’s most meaningful moments yet,” said Paul Winsper.

Someone who doesn’t know Stephen might be surprised to learn he demands the same passion, energy, and standard of greatness that he does to his game, his family, and his philanthropic endeavours as he does to his role in the development of a product. But those who get the chance to work with him, says Dean, know first-hand that his purpose and standard for excellence is omnipresent, “He embodies the whole essence of what we are trying to do as a brand – empower those who strive for more.”