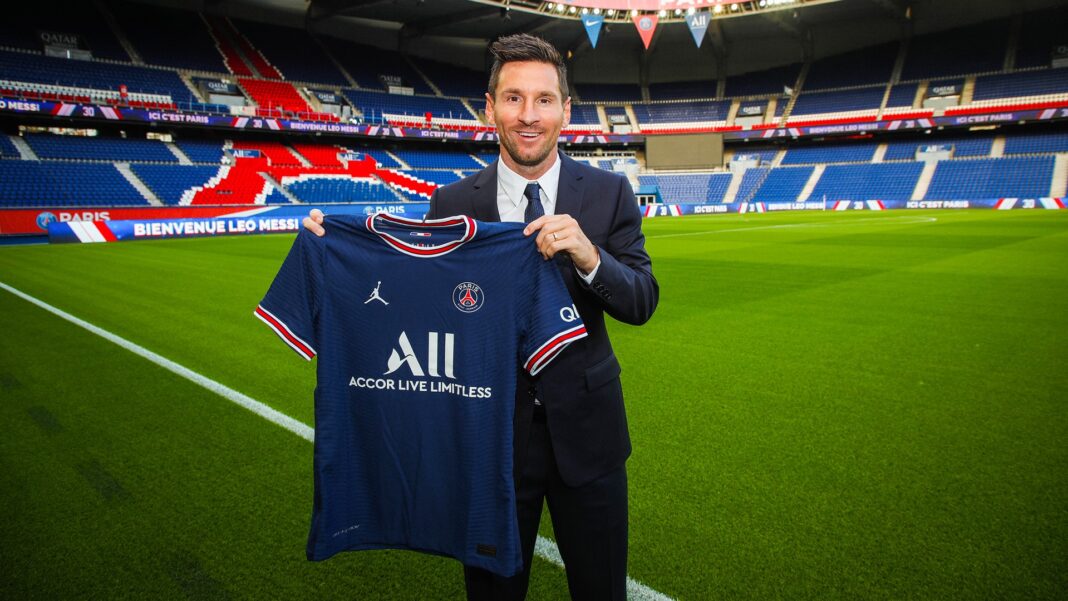 Free to Create with Damian Lillard

It’s official. Lionel Messi is a Paris Saint-Germain player. The GOAT in the football world is finally wearing the GOAT (Jumpman) on his chest

The French powerhouse announced the arrival of the six-time Ballon d’Or winner on Wednesday morning AEST after he emotionally departed Barcelona, his club of 21 years, on a free transfer as the Catalan side proved unable to afford to renew his deal under La Liga’s financial fair play rules.

Messi has signed a two-year deal at PSG, with the option of a third. He will wear the No. 30 shirt.

The 34-year-old could make his debut on Sunday morning AEST against Strasbourg.

“I am impatient to start a new chapter of my career in Paris. The club and its vision are in perfect harmony with my ambitions,” Messi said.

So how will PSG line up this season? Mauricio Pochettino will be able to field one of the most frightening XIs football has ever seen this season after so many big-name arrivals in the French capital.

Do we hand PSG the Champions League trophy now? Only time will tell if they can finally get their hands on Europe’s top trophy. What are your thoughts on this one football fans? Is this the right move for the 34 year old? Can he bring success to the french team? Only time will tell.