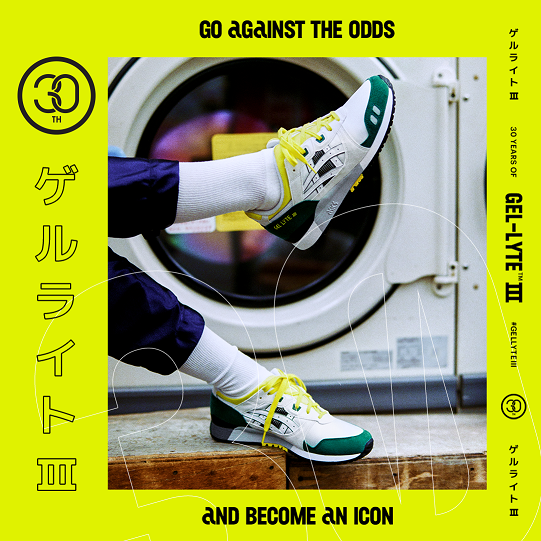 Not even Melbourne's temperamental weather could keep the sneaker aficionados and connoisseurs from descending towards the Globe Warehouse at Port Melbourne to...
Read more
Sneakers

A checkpoint in the NBA Season has finally been hit, with Christmas Day in the NBA done and dusted.
Read more
Pop Culture

Get ready John Wick fans, Keanu Reeves is back with the 3rd Chapter of this crazy series entitled "Parabellum".
Read more
Pop Culture

Ahhhh 2020...the year where just about every blockbuster movie has been pushed back as far as they can in 2020 or cancelled...
Read more

The GEL-LYTE™ III model has a history of going against tradition and subverting stereotypes, with this new iteration being no different. In the new campaign we see school children, salary men and elderly citizens, all of whom are expected to wear plain and formal footwear, deviating from social norms and wearing bright and vibrant GEL-LYTE™ III model’s highlighting the sneakers and the stark contrast from the rest of their traditional uniform. The campaign is an overall celebration, engaging both loyal fans as well as introducing the model to a new generation.

The rebellious nature of the GEL-LYTE™ III model stems from the defiant approach of the original designer Shigeyuki Mitsui. Repeatedly told that his designs were too complex and aesthetically challenging, he set out to forge his own path and prove his peers wrong. Mitsui speaks on his unorthodox method within the design process “I confuse the production engineers, at first, they refuse my design method. Finally, they found it a great solution.” His efforts were realised when the distinctive new shape of the GEL-LYTE™ model took form and became a brand-defining silhouette – with its now famous split between the tongue and gel sole. The shoot is part of the Go Against All Odds campaign dedicated to Mitsui’s spirit of disregarding the status quo.

The GEL-LYTE III™ model will be available in four different styles; the GEL-LYTE III™ OG model Green/Yellow will launch first at selected outlets on the 15th of November 2019 with a worldwide release on the 6th of December 2019, the second OG colour in Orange/Black as well as the Black and Light Grey colourways all release worldwide on the 3rd of January 2020.