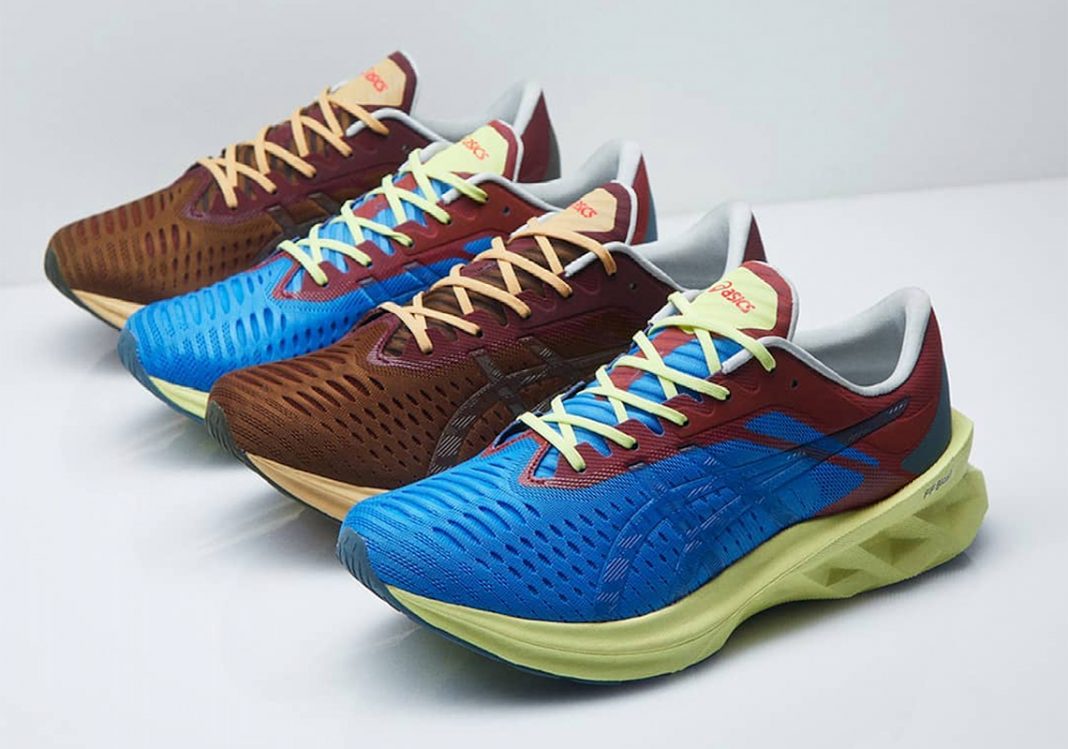 AFFIX-WORKS reunites with ASICS on the NOVABLAST™ SPS sneaker. As with their main collections, AFFIX looks to find new modes of functionality – a ‘New utility’ – in existing design languages. For the collaborative NOVABLAST™ SPS, that means recasting the performance runner as a multipurpose solution. A shoe that can move seamlessly from a track and the street.

The NOVABLAST™ shoe’s energetic qualities lend themselves to AFFIX’s multipurpose approach. Lightweight, airflow-enabling uppers let the wearer breathe in both the great outdoors and a basement crowd. A soft but responsive midsole supports the movement of various kinds. An abrasion-resistant outsole protects against the unvarnished edges of both natural terrain and industrial flooring.

The two new colorways that AFFIX WORKS rendered the shoe in reflect these shifting environments. In Strobe Blue, they draw a line between relentless footfall and pounding lights. In Mineral Brown, they blur the lines between mud and metalwork. The resulting pack is testament to AFFIX’s belief that function always drives the form, and how that belief can throw up striking aesthetic results in the process.

Both colorways pre-launch exclusively at AFFIX-WORKS.com on the 10th of July followed by an official release at selected retailers globally on the 17th of July. Available in Australia at Highs and Lows (WA), Above The Clouds (NSW), Up There Store (VIC) and SneakerBoy (VIC/NSW/QLD).