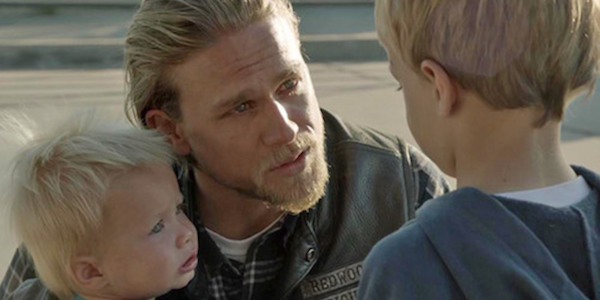 With Avengers: Endgame to hit the movies this coming week, Anthony & Joe Russo are already working on their next project which...
Read more
Sneakers

Everyone loves LEGO no matter how old you are. Every individual has their own story to tell interacting with these interlocking blocks...
Read more
Cars

It's absolutely true, the Delorean is making a come back! If you didn't know yet, after going bankrupt in 1982, the Delorean...
Read more
Sneakers

While its been 6 years since Sons of Anarchy graced our TV screens, we have been able to get our fix with the spin off series, Mayans M.C.which is about to head into its third season.

Kurt Sutter, the creator of Sons Of Anarchy has revealed that he wants to make a sequel to the show called Sam Crow which will focus on Jax’s (Charlie Hutton) son, Abel.

What do we think of this one SOA fans? Will this work? Time will tell