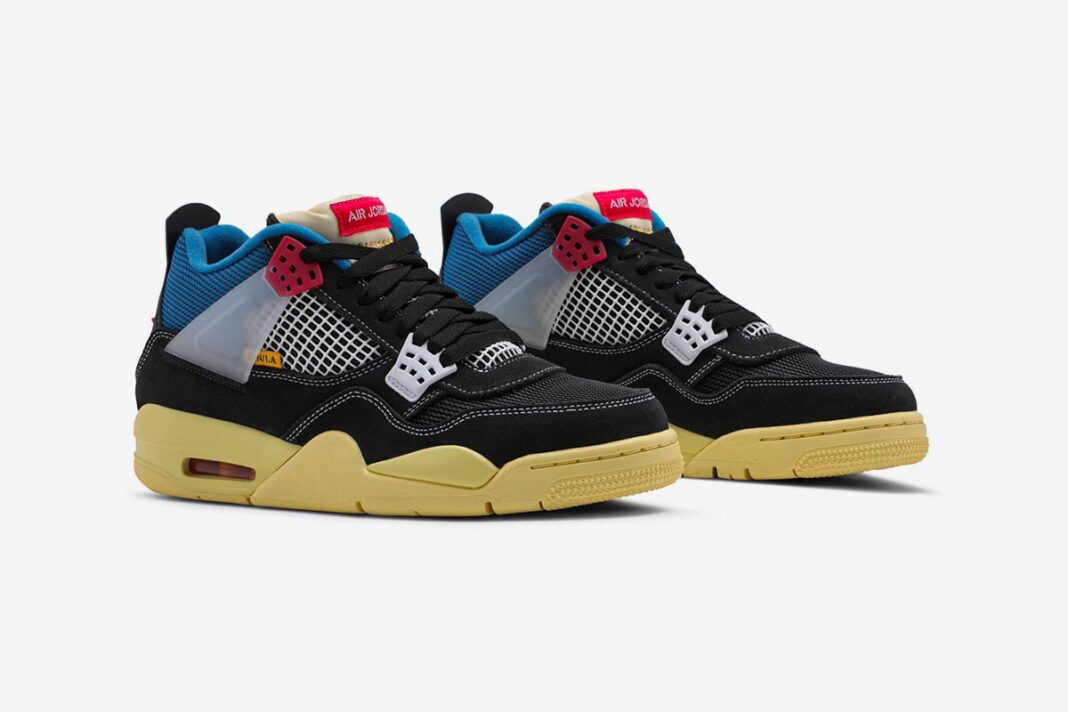 Utah Jazz guard Donovan Mitchell has team up with Adidas to unveil a new signature shoe which is a Spiderman inspired designed...
Read more
Sneakers

Another player added to the Puma roster is LaMelo Ball. We all know him for his on the court performance and also...
Read more
Pop Culture

Well, this was a surprise drop last night. Marvel Studios out of no where dropped a new trailer for the upcoming "Eternals"...
Read more
Pop Culture

After the highly successful Union Los Angeles x Air Jordan 1 collaboration. Jordan and Union Studios have seemed to have teamed up again to do the Air Jordan 4.

This is a sample given out by DJ Clark Kent and its definitely got people buzzing.

It’s said to be named the “Brigade Blue” featured with many different mesh materials and precarious colour block patern. If this release is anything like the Air Jordan 1, for sure it’s going to sell out.

Rumours state that it has a release date of August 15 for $250USD but since nothing has been confirmed by both brands, its hard to tell if it will eventuate. Keep your eyes peeled on your socials for a confirmed release date.