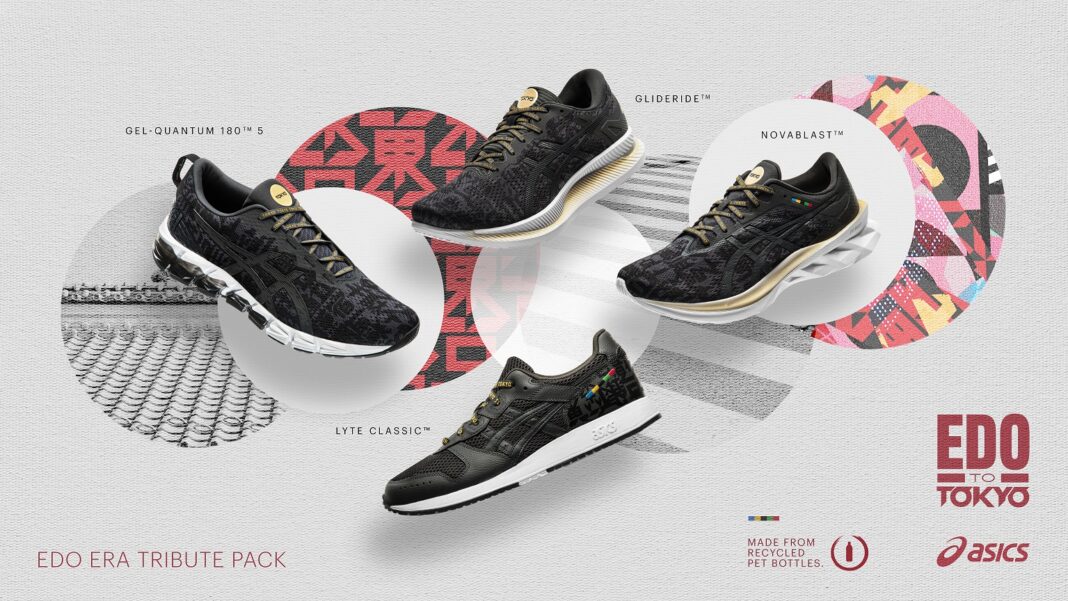 I guess Lucasfilm & Disney listened to the fans and decided to release the D23 Expo teaser trailer for the upcoming Star...
Read more
Sports

NBA 2K21 is the latest addition to the best-selling NBA 2K franchise with even more improvements on its graphics, delving into a...
Read more
IMTJS

We know that its been difficult time for everyone. Just to say THANK YOU for your continued support, we have put together...
Read more

The ASICS Edo Era Tribute Pack is a new collection of running and SportStyle sneakers that uses recycled polyester made from PET bottles in the shoe upper material. This collection underscores ASICS sustainability credentials by honoring the eco-friendly practices of Edo (present day Tokyo) from the 17th to 19th centuries. It was during that period that reusing and recycling was integral to life in Japan. People saw everything as a valuable resource, from old clothes and used paper to worn-out pans and broken ceramic items and even candle wax drippings.

The range is in keeping with ASICS commitment to sustainability in various aspects of its business. The uppers of the collection’s five performance running shoe models and four SportStyle offerings employ recycled polyester fibers made from a total of around 300,000 PET bottles. These items represent the first stage of an ASICS drive to switch to 100% recycled polyester fibers in all of its uppers by 2030 to help combat climate change.

In the whole collection, ASICS will be using 100% recycled paper boxes with approximately 10% less material than their other standard designs, and ASICS switches from oil-based inks to water based ones have halved ink usage. These sustainable boxes will expand sequentially from July, 2020. These changes will be switched in 2021, thereby cutting ASICS annual CO2 emissions by approximately 1,200 metric tons.

The graphics for the uppers incorporate a combination of two Edo Era lettering styles
in a nod to that period’s inspiration for the collection. One lettering style is yosemoji,
typically used for posters and flyers. The other is kakuji, which are thick, squared
characters, which often featured on scraps of paper that worshipers often posted on
the gates of shrines and temples.

The ASICS Edo Era Tribute Pack collection was launched worldwide on the 24th of April. The Australian release will be Thursday, the 6th of August and will be available on ASICS.com.